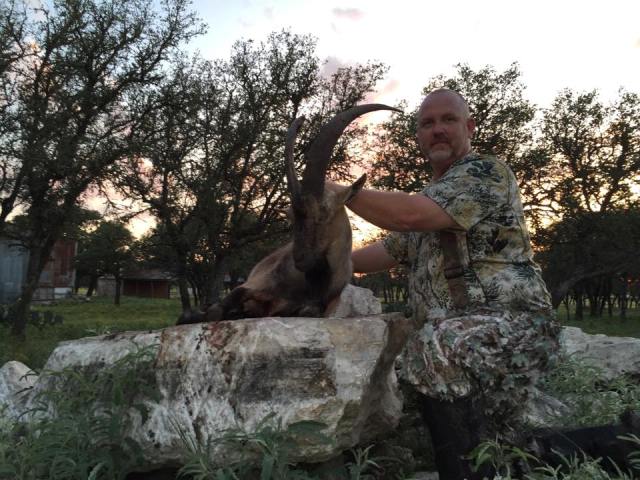 I had the pleasure of hosting Jason and Shea Johnson from Mississippi at the ranch on Memorial day. Main focus was Texas Ibex with their bows. We set out the first evening with the plan to stand hunt for Texas Ibex and I had placed a few new stands in the areas I know the Texas Ibex spend most of their time. So first evening I set Jason and Shae out in separate blinds to cover some ground and hopefully they would have some luck. I came back to the house and finished a few chores and then I get a text from Jason ” Got one…following him west bound along 41. I figured I better get in there and we could figure out a plan of attack. Once I found Jason he explained further ” I think I skipped the arrow off the popup blind window when I shot”. Then he proceeded to explain that he lobbed one out at 50 yards or so and hit him low. So we decided to walk the area and try to pick up blood or find him. Lets go back to the 10 days before this hunt and set the scene a little better 11 inches of rain in 10 days and the last 1 3/4 coming the morning they arrived to begin hunting. So now back to real-time. Here we are ankle-deep in mud/water gunk good luck finding blood in this I thought to myself. After a quick walk we jumped the wounded Texas Ibex and although the Texas Ibex looked in bad shape he manged to get out of bow range pretty quickly! So the decision was made to run back and get a rifle to finish him so he didn’t make it back into the cedar break.  After a few minutes I was back with the rifle and Jason had stayed to keep an eye on the Texas Ibex. We worked in to about 100 yards and Jason put on a shooting clinic (Nudge Nudge) In the end the Texas Ibex fell and we finally had one in the bag. 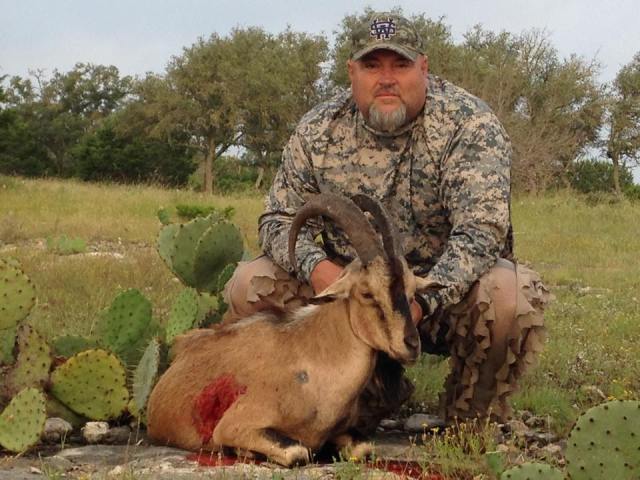 Knowing we encroached on Shea’s hunting area I figured his day was shot, it was getting late so we stopped and got him from the blind his first question was what the heck is going on!! What was all that shooting about? We quickly explained and made our way to the skinning shed. We made a plan to head back out in the morning. We headed into the pasture at daylight thinking of putting a stalk on a Texas Ibex. We came around a corner of brush and found the herd about 100 yards away from a blind and I decided to put the hunter in the blind and spread some corn and hopefully they would come in and give Shea a shot. I made my way out of the set up and proceeded to get the truck momentarily stuck. So about 15 minute later I watched the herd of Texas Ibex go by my location so I figured they must have cleaned the corn up so I went back to check and see if they got a shot. I rounded the corner and Jason was snapping some pics with Shea and his Trophy Texas Ibex he shot at 8 yards. We spent the rest of the day just checking out the ranches we ended up running across this bad boy ! 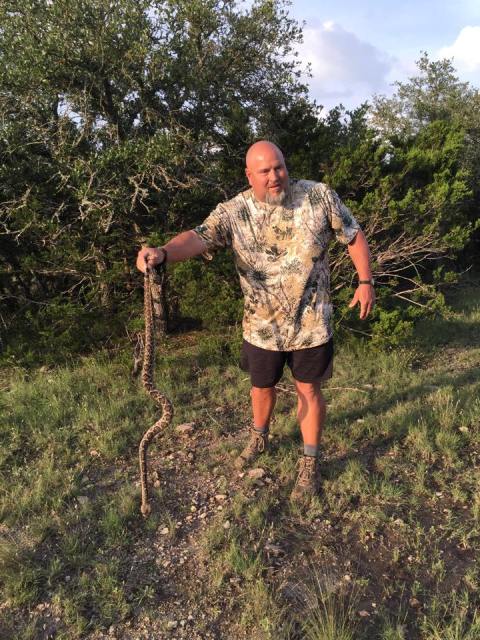 And then a little later Shea had mentioned a ringtail cat being on his bucket list and I told him we should be able to get on one with the light. Took about an hour but we found one. 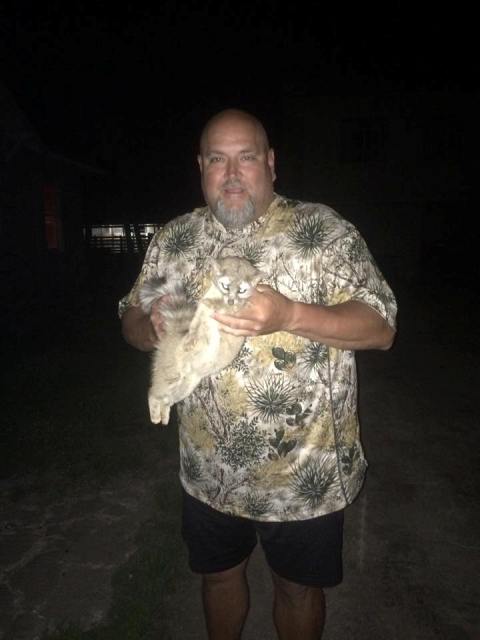 Pretty good hunt and Jason and Shea made their way back to South Mississippi with their Texas Ibex and a ringtail cat. Hope to have them back for Elk hunts at Forister Exotics in 2016! 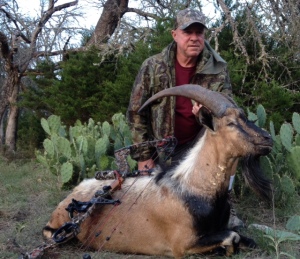 I had the pleasure of hunting with Bob and Keith this weekend. Keith wanted a Texas Ibex for the wall and wanted to take one with his bow and hopefully be able to train his new blood dog TJ a little in the process. First evening of the hunt Keith sat in one of our box stands and I fed corn down the road in front of him. It didn’t take long and I could see Texas Ibex in the brush before I left the set up to take Bob to his stand. After both hunters where in their stands the plan was to let them sit till dark. After a couple of hours I get a phone call from Bob’s wife saying their was a business emergency and she needed to talk to Bob ASAP I mentioned he was on stand and I would hate to drive in and ruin his evening but if she thought I should then I would. Well she said she thought it was important so off I went to pick up bob. After that matter was resolved there wasn’t enough time to get him back in a stand so he said lets go check on Keith he probably shot a Texas Ibex by now! So away we went and as we rounded the corner to his set up we could see a Texas Ibex laying in the brush not moving so we knew he had found success. The rage broadhead didn’t leave much of a job for Keith’s dog to train on as the Texas Ibex only made it 30 yards and fell. Congrats Keith on a fine trophy Texas Ibex.